Why my proxy has wrong geo location?

Amanda is a content marketing professional at litport.net who helps our customers to find the best proxy solutions for their business goals. 10+ years of work with privacy tools and MS degree in Computer Science make her really unique part of our team.

When you check the IP on one of the IP-checking services you expect the IP to be from that exact city that you see on your dashboard. But it may happen that the IP is displayed as the one from a different city, state, or even country. Why? You will find some examples, explanations, and possible reasons below. 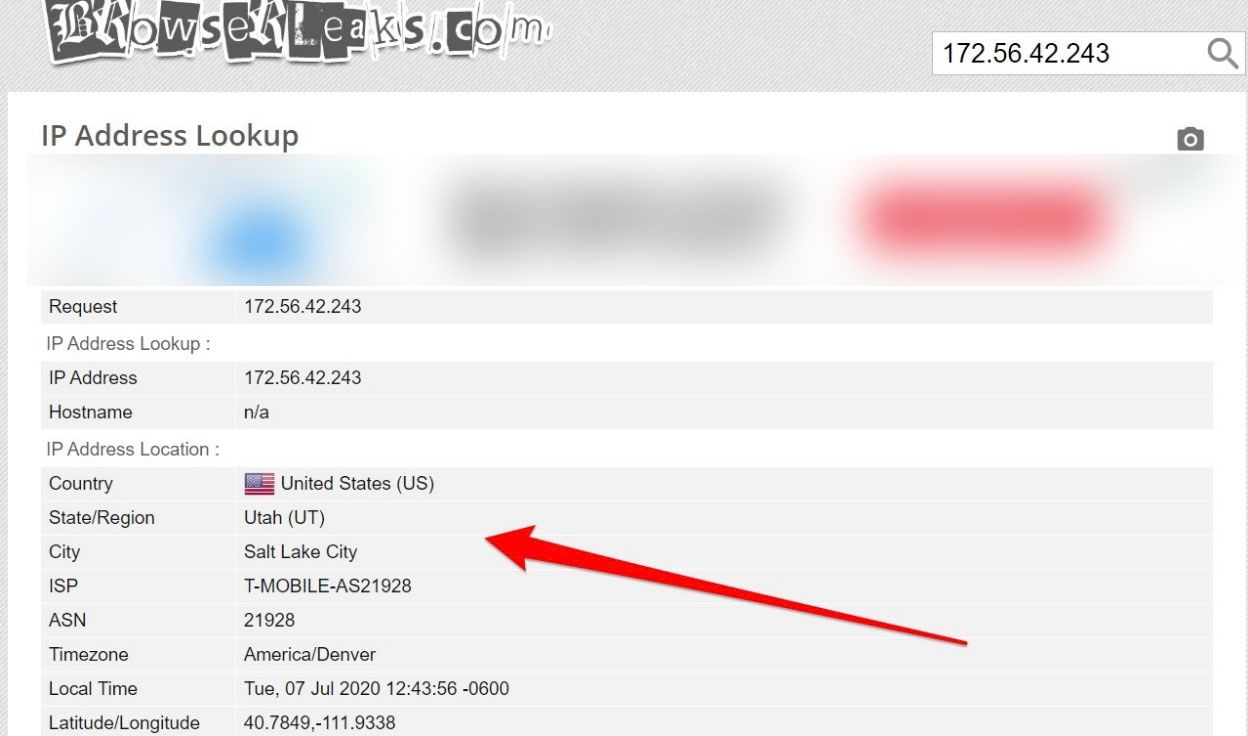 Here is an example when we have checked the IP of the device that is located in Seattle and the IP-checking tool defines it as a Utah IP.

An IP-checking service - is a tool to determine the IP address geolocation. Most of the services show the information about the country, city, state, and ISP (Internet Service Provider). 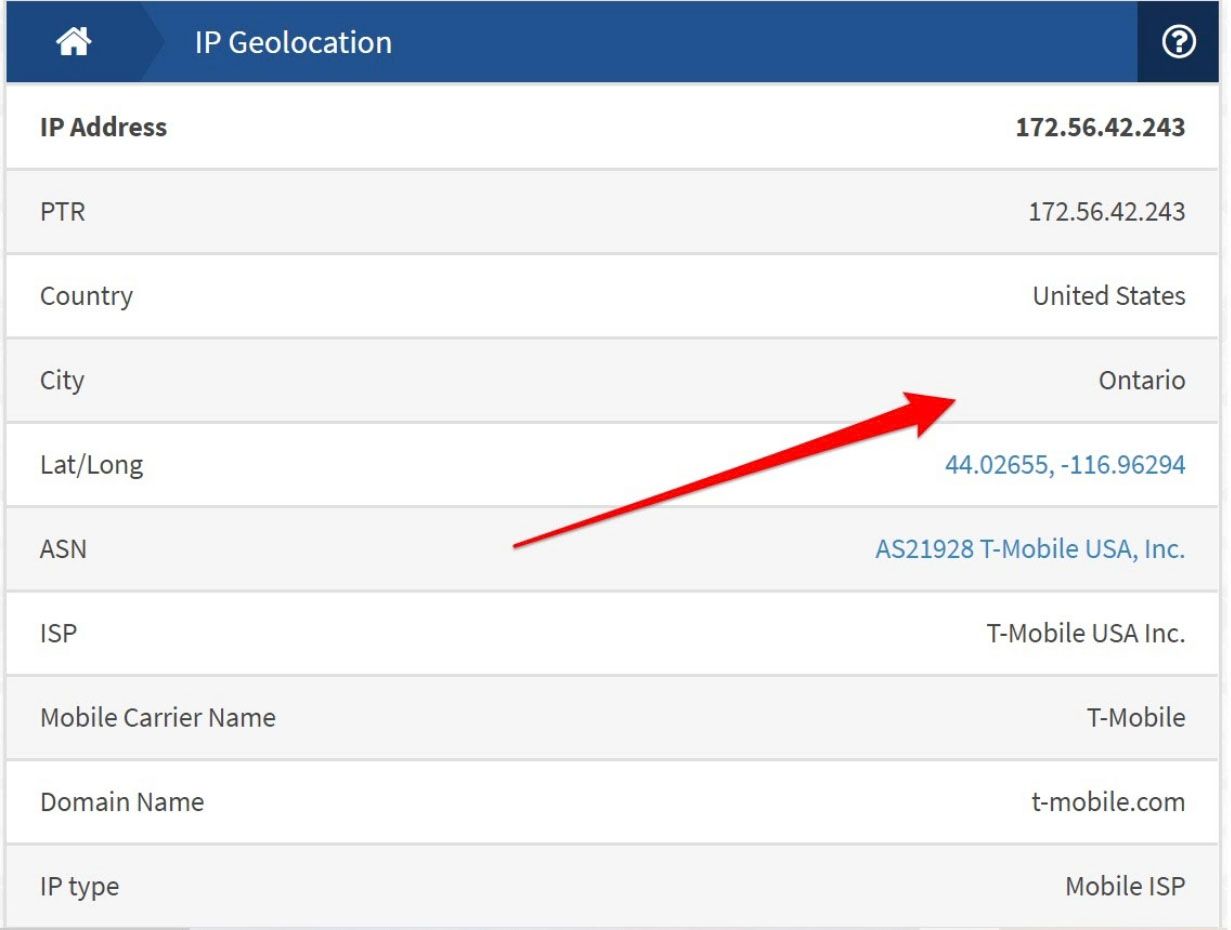 Here we tried to check the same IP on another IP-checking website - it’s displayed as Ontario, California (and it’s still the same device located in Seattle)

Here we checked the same IP with whoer website and it was finally defined as a Washington IP, and the city was still inaccurate though.

So let’s check the possible reasons for the incorrect IP location. First of all none of those IP-checking services can guarantee the accuracy of their lookup and they clearly state that on their websites. The thing is that the IP-checking websites may not have direct access to an official up-to-date database of the IPs and their current location. They get their data from third-party companies. Among those third parties, there are commercial databases and free ones. As the IP-lookup tools are mostly free and they make money with ads only, they can not afford high-quality and up-to-date data like MaxMind, which starts from $100 monthly. The commercial data can guarantee almost 100% accuracy on the country level, up to 80% on the state level, and about 70% accuracy on the city level. They get their updates weekly. So if even paid services can guarantee less than 70% of the city’s accuracy, you can imagine how inaccurate the results of an average IP-checking website would be. You never know how often free data is updated and whether it’s ever updated at all.

Another thing is that the data has quite a long way to go before it appears on the IP-checking website. It’s a usual thing when the website receives the last location update for a specific IP the actual location of that IP may be already changed. It may take from 1 to 3 weeks to update the data on a website like whoer. That also causes inaccuracies in the information that you get when you check your IP.

A lot also depends on where the IP owner had registered the IP, where the IP control organization is located, etc. For example, if the device is located in the US (let’s say in one of the northern states) and the IP control agency is located in Canada, it may even happen that the IP-checking website may determine the IP location as Canada. We have never faced that issue with our proxies, but that happened several times when we were testing some other services.

Another thing we would like you to note is that if the device is located close to the border with another state, the IP may be defined in that state - this is quite common with mobile IPs (probably if you’ve ever traveled to another country with your phone on, you could notice that the roaming may start even before you cross the border - the same may happen with the IPs).

And the last but not the least is that the carriers may reorganize their IP ranges from time to time. Let’s say today Verizon has the range from 100.0.0.0 to 101.145.145.145 for Ohio, but in two weeks they need fewer IPs in one of the cities in Ohio, but some more in Seattle. So what they may do is to use part of the Ohio range for Seattle. And as we’ve mentioned before, it may take up to 3 weeks before the IP-lookup service updates their info. So the IPs of the device that is located in Seattle - for example, 101.145.145.145 may still be defined as Ohio IPs. Unfortunately, we can’t control that. It’s something that happens quite rarely but anyways we think it’s quite valuable information to share.

So before sending a request to a support team we recommend checking the IP on several more IP-checking services. There is a possibility that some of them may have up-to-date locations for that specific IP. Though it may also happen that none of the websites have up-to-date data. That is something that is out of our control.

Don't miss our other articles!

— Common web scraping mistakes beginners make ⤵️
— How to choose a mobile proxy provider
— Main reasons you need residential proxies and how to use it
— How to set a proxy on Opera for Windows
— How to set a proxy on Edge for Windows
We post frequently about different topics around proxy servers. Mobile, datacenter, residential, manuals and tutorials, use cases, and many other interesting stuff.
Go to Blog / Wiki